Take a trip to the past and explore the history of our Opera House including its local significance, its distinctive period architecture, and the story of its original founder.

The Stevens Point Opera House is a picturesque example of late 19th century theater design and its construction stands as a significant event in the history and development of Stevens Point. It was commissioned by one of the city's most prominent residents and was the focus of the social and cultural life of the early city.

History and Development of the Locality.

The Opera House was one of the largest facilities of its kind built in Stevens Point in the early 1900s. As such it was the focus of much of the social and cultural life of the city. Traveling companies, local charity and civic theater productions, as well as general public gatherings were regular occurrences. Traveling companies such as the Winninger Brothers were regularly presented. Local charity and civic theater activities included presentations ranging from baby shows to annual fundraisers and community festivals.

Some notable events that took place in the theater include performances by Harry Houdini in April 1897 and speeches by politicians William Jennings Bryan and Eugene V. Debs in the early 1900s. Additionally, the first facilities for what was to become the Stevens Point Public Library were housed in the theater building beginning in 1895. As early as 1925, the remote broad-cast of events presented in the theater were a regular feature of the University of Wisconsin Education radio station, WLBL. In 1931, the station's studios were moved from their Whiting Hotel location to the large hall above the theater. In 1914, the Wisconsin Hardware Limited Mutual Liability Insurance Company (now Sentry Insurance), then recently established, obtained office space in the Opera House. Beginning in 1935, the theater began hosting the Daily Journal-Fox Theatre Cooking School which became a popular annual for the local women.

The Opera House is an example of late 19th century commercial period construction. Located on Main Street in the heart of Stevens Point central business district, the Opera House’s two story pressed brick facade is an integral part of the contiguous row of 19th century commercial facades which characterize the streetscape in the area. The theater's street elevation is distinguished by the unusual height and shape of its center third, and the scale and clarity of surface articulation, fenestration, and decoration. 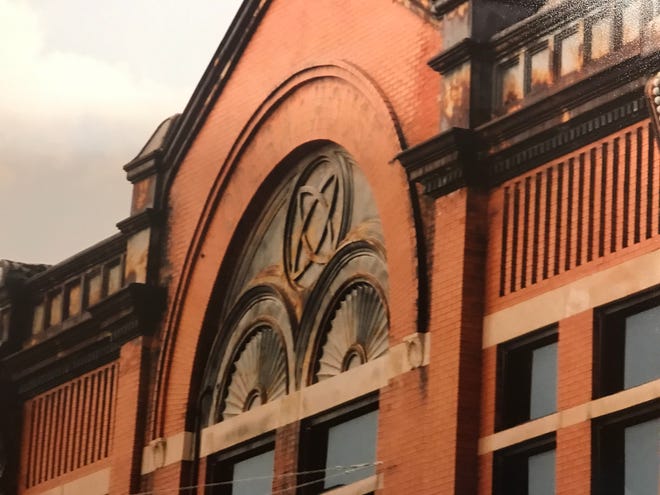 The facade is organized in three vertical sections. The center section contains the entrance to the theater which is under a pair of oversized double hung windows with stone transoms; above is a pressed metal tympanum with Neo Greco decoration and a peaked parapet with decorative cast iron caping culminating with a large finial. On either side of this center section are slightly narrower sections each having paneled pressed metal cornices over tall, thin brick machicolations which are flanked by oversized cast iron brackets at the outer edges of the building, and turrets at these sections juncture with the center portion. Below each machicolation is a pair of transom-covered oversized windows similar to the larger center units. Continuous lintels and sills are of contrasting stone.

With its prominent center parapet and cast iron cornices the theater is easily identified as a survivor of late 19th century commercial design. Its center finial, oversized Romanesque tympanum and elongated brick machicolations under the cornices refer to the lingering medieval vogue of the era. Inside, the oval plaster medallion on the original auditorium ceiling suggests the classical style of the original interior decoration. The theater's architect, Oscar Cobb, was a widely known Midwestern theater architect. He is credited with a number of grand opera houses including those in Syracuse N.Y., St. Paul MN, Minneapolis MN, and the rebuilt 1885 Grand Theatre in St. Louis. 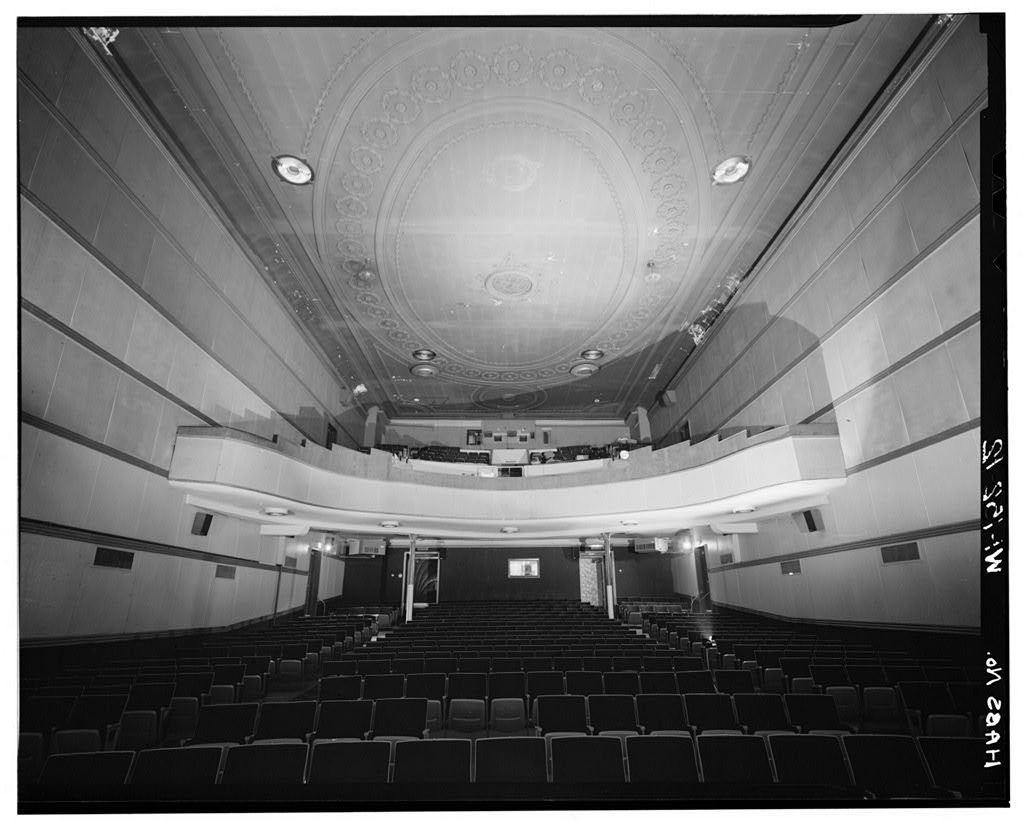 G.F. Andrae, the man who commissioned and funded the building of the Stevens Point Opera House, was one of the city's most civic minded citizens of his day. Mr. Andrae's biography indicates that he was a leading merchant in Stevens Point and responsible for the construction of many of the commercial buildings which comprised Stevens Point's business district during his time. Mr. Andrae was also instrumental in initiating construction of the city's hospital and organizing the first public library. 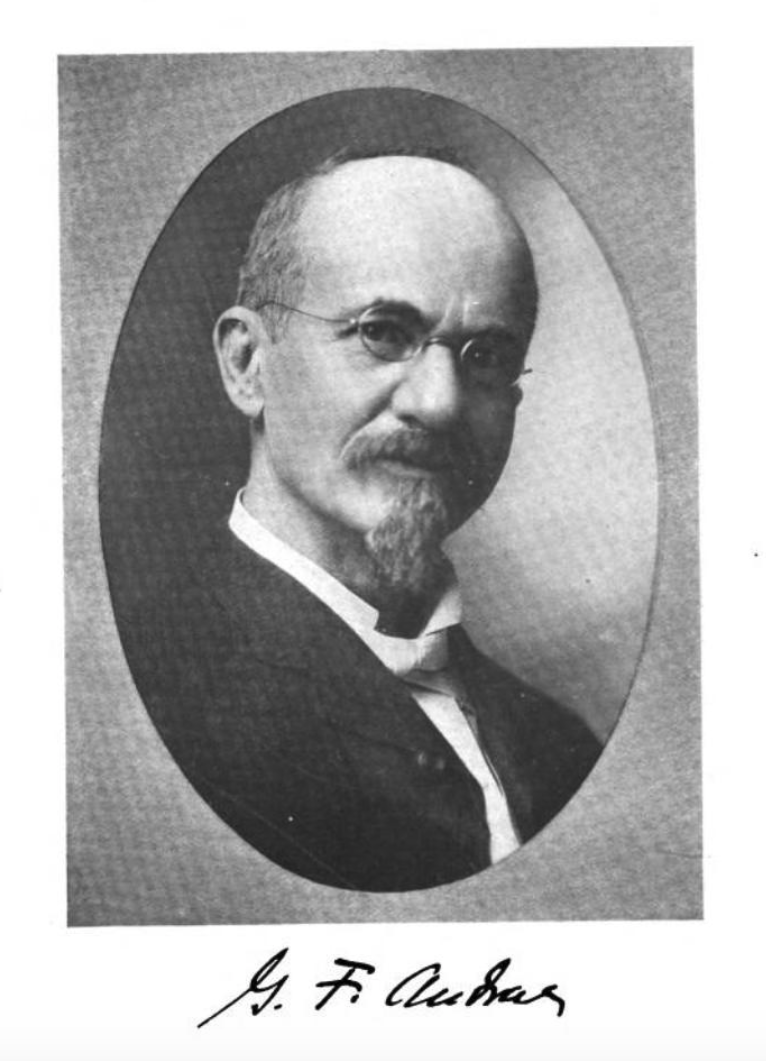 G. F. Andrae was born in Germany, December 11, 1849. He immigrated to the United States in 1865 at the age of sixteen, arriving at port in New York. He then traveled to Mayville, Wisconsin to join his is brother, Julius Andrae, who was in the dry goods business. A few years later, Andrae walked the entire distance to Stevens Point where he found employment as a clerk in the store of Henry Hoeffler.

Mr. Hoeffler recognized the business qualities of his young assistant and offered him a partnership. The firm of Hoeffler & Andrae was very successful and became a strong factor in the town’s business life. The partnership continued from 1870 until 1874, when Mr. Andrae became sole owner. For thirty-six years Mr. Andrae was a leading merchant in Stevens Point and was actively involved with the upbuilding of the city's business district. In consulting newspaper files during the period above mentioned it will be found that he was constantly being named in connection with the construction of substantial buildings or the expansion of his own business enterprise, and was often recognized as being a leading and representative citizen.

"This forenoon G. F. Andrae secured the deed for the ground upon which he will erect a new Opera House. The ground has a frontage of fifty-five feet on Main Street, and extends thought to Brown Street, the consideration being $4,165. Mr. Andrae has also purchased the lot on Brown Street, adjoining on the west, giving plenty of ground room on the rear for entrance, storage purposes, etc. The property was formerly owned by Henry and J. D. Curran. The contract has been let for moving the building, now occupied as a Chinese laundry, to Brown Street, and the building will be moved on Monday next. The contract for excavation for the basement has also been made, and work upon the same will be commenced at once. Mr. Andrae, as has been stated before, has already received a number of plans, but the one he is most favorably impressed with is that furnished by a Chicago architect, who will be here today or tomorrow and look the ground over. This is something that Stevens Point has long needed, and it is a pleasure to be able to announce that the Andrae Opera House will be pushed forward to completion as fast as men can do the work and money provide the material, and that it will be erected in a model style and supplied with the latest and most approved furnishing and conveniences."

Mr. Andrae’s death occurred on October 15, 1910, at the age of 60. Both he and his wife, Ada F. Andrae, are buried in Forest Cemetery in Stevens Point. They were survived by Mrs. Andrae's nephew, Gustav Wesley Andrae, who they adopted as an infant and raised as their son. Upon the death of his father, G. W. Andrae took charge of the latter’s business interests and proved himself to be an able businessman. His father kept a high standard regarding the completeness and quality of his stock and to honorable business methods employed. These same policies were continued by his son, G. W. Andrae, who numbers among his patrons customers who dealt for a quarter of a century with his father. Mr. G. W. Andrae took full charge as proprietor on June 6, 1911, renaming the firm G. F. Andrae Company.